Today 19 April we remember The Simpsons 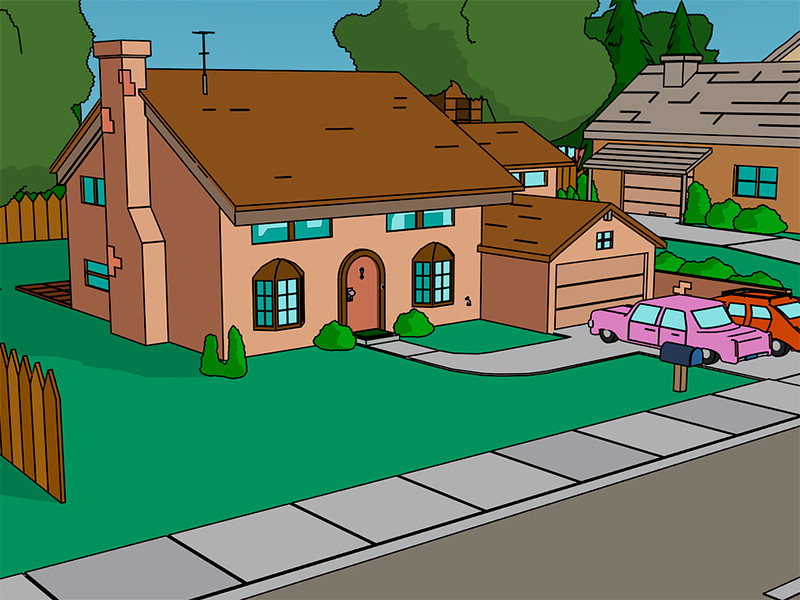 On today's day back in 1987, a short film featuring a very peculiar yellow family, The Simpsons, was broadcast for the first time in the United States. However, it was not until 17 December 1989 that it began to be broadcast as a series in the strict sense of the word.

Let's start at the beginning, because this unconventional family came out of the mind and hand of cartoonist Matt Groening, who already in college worked as the editor of the campus newspaper where he wrote articles and drew cartoons.

He got his big break when he created a comic strip called "Life in Hell", in which he satirised the day-to-day life of a hard life in Los Angeles. This publication was distributed in more than 200 newspapers in the United States.

Around 1985, James L. Brooks, the executive producer of a television programme called "The Tracey Ullman Show", noticed Groening's comic strip and proposed the creation of a series of animated shorts based on "Life in Hell". Groening agreed, but when he realised that this would result in the rescission of the publishing and distribution rights to his work, he decided to take matters into his own hands.

Before meeting with Brooks, while waiting in the lobby of his office, Groening decided to take a different approach to the story, and since he had little time, only 15 minutes, he created the characters based on members of his own family. In fact, in order not to waste time, he named them after the members of his own family. But not all of them, Groening thought that if one of the characters was named after him, it would be very obvious that he had used his family as an example, so what he did was to change his name "Matt" to "Bart", an acronym of the word "brat" which means "a badly behaved child".

Groening made a few sketches, aiming for characters that could be easily recognised and differentiated by their silhouette alone. Although Groening thought that, possibly, the animators would change his original design, that was not the case and the original drawings were kept, i.e. a yellow family with five members: Homer, Marge, Bart, Lisa and Maggie.

Thus, on 19 April 1987, the first short film was broadcast on "The Tracey Ullman Show", which lasted about two minutes and was called "Good Night". The shorts continued to be broadcast for about two years until, seeing the enormous success of the Simpsons stories, it became a series with episodes of about thirty minutes long.

On 17 December 1989, the first Simpsons episode was broadcast with a Christmas special with the title "Simpsons Roasting on an Open Fire". From then on, the series was a huge success and became a true social phenomenon on television.

It has won several awards throughout its run, including a Peabody, 32 Emmys, 29 Anny, 2 British Comedy... They also have a star on the Hollywood Walk of Fame, which they received during the celebration of the show's tenth anniversary.

The Simpsons have been portraying American society for 30 years, dealing with controversial topics related to politics, religion, the environment...

This series has predicted many events that have ended up happening, such as Trump becoming president; Disney buying 20th Century Fox, 20 years before it happened; the invention of the smartwatch and video calls, in an episode from 1995 or the corruption of FIFA.

Be that as it may, The Simpsons was definitely a turning point in animated TV shows and still has an influence on society.

The fact that there is a World Simpsons Day is due to the petition that Carlos Hergueta, a fan of the series and partner of the Spanish communication agency PR Garage, made on the Change.org platform. This petition reached ATRESMEDIA, which supported it and then joined the American network that made the series possible, FOX, which was in charge of making it official. So in 2017, coinciding with the 30th anniversary of the broadcast of the first Simpsons short film, 19 April was chosen as World Simpsons Day.